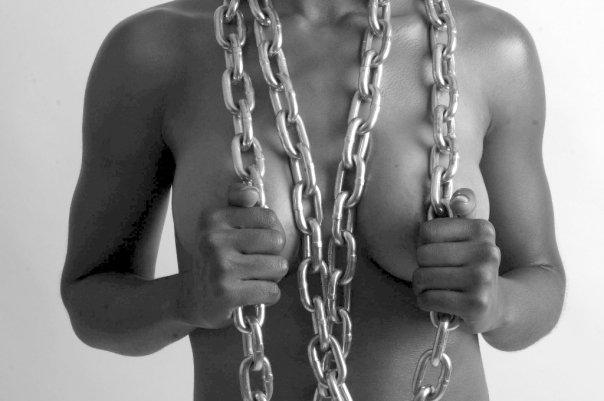 “You’re a growing boy,” Sarah said firmly, her cornflower blue eyes flashing indignantly.  “You need it more than I do.”  She scraped out the last bit of beef from her bowl into Junior’s and placed the last piece of bread onto his plate as well.  The other four children studiously ate the food on their own plates and didn’t seem to notice the interplay between mother and oldest brother.
END_OF_DOCUMENT_TOKEN_TO_BE_REPLACED

The cops hadn’t hit her because it was law that no pregnant woman could be struck while in captivity, but they did everything else they could to make the experience as uncomfortable as possible.  They did the good cop/bad cop thing, turned the heat up until Maddie was sweating profusely – she considered telling them that intense heat was bad for the baby, but she didn’t want to push her luck – and refused to give her anything to drink when she asked.  She didn’t bother demanding an attorney because that right had been taken away in 2021, and she knew that asking would only make her more suspect in their eyes.
END_OF_DOCUMENT_TOKEN_TO_BE_REPLACED

Editor’s Note: I wrote this after spending countless hours pouring over the Sandusky case. It was cathartic.

Tad Collins cut his London broil, rare, into small pieces as he studiously ignored the reporters clustered around him. Any time one of them crossed an invisible line, the bodyguards surrounding Tad would make it clear that said reporter had better back off – or else. As Tad ate his steak, his cell phone rang suddenly. He pulled it out of his pocket, frowning as he noted the number.

“Stay here,” he ordered his bodyguards in a quiet, forceful voice. “Make sure no one follows me.” Without waiting for an answer, he stood up from the table and exited the restaurant. He had hired an excellent bodyguard corps, and not one reporter dared to follow him. The second Tad was out of view, his entire manner changed from a confident swagger to subtle supplication. His cell was still ringing, and finally answered, his voice barely above a whisper.

“Robbie, I told you that you can’t call me now. It’s too dangerous.” He couldn’t hide the longing in his voice, no matter how he strove to keep his tone even. He was about to add something when he felt a pain in his neck, and then – nothing.
END_OF_DOCUMENT_TOKEN_TO_BE_REPLACED

Editor’s Note: This is one of my favorite short stories I’ve ever written.

There was a bite to the air, as there often was late at night. The area was desolate, as if mourning the gloomy weather. The waves lapping against the shore were the only sound to be heard, other than an occasional rumble in the distance. There were faint streaks of cerise cutting through the swaths of blackness in the night sky, but they were nearly impossible to spot with the naked eye. The moon glimmered from behind a small cluster of clouds, affording minimal light to anyone intrepid enough to venture out. The beach was deserted, properly so, as it would be unwise for anyone to stumble upon the sands in the dead of night.

There was one brave soul, looking impossibly small as she stood on the cliff high above the ocean. Even though the night was chilly, she was wearing only a thin carnelian dress that could more rightfully be labeled a slip. She didn’t seem to be affected by the cold as she twirled in the dark, her hands extended exultantly to the sky. Her burgundy-painted lips stretched into a generous smile as she soaked up the frigid atmosphere. There was condensation in the air—signaling an imminent rainfall. She squared her shoulder and straightened her spine as she took her first step forward.

San Francisco. She looked around her tiny crackerjack box studio in Bernal Heights. She thought her studio in Minneapolis had been small; it was palatial compared to this prison cell. She could stretch out her arms and touch the wall on either side of her. Slight exaggeration, but not much of one—and the place cost her twice what her studio in Minneapolis had. The walls were an ugly salmon pink, and the paint was crumbling in the corners. She hated pink. She hated crumbling paint. She hated corners. She hated hills. She flopped down on the futon and stared at the stucco ceiling instead so she wouldn’t have to deal with the glaring defects of her new home.

The next few weeks passed in a haze. No job, no school, no friends, no life, no prospects. Each day bled into the next. She’d wake up and lie on her futon, staring at the ceiling for hours. Many minutes would pass before she’d remember to blink. By then, her eyes would be dried out, and shutting them would literally hurt. The stucco swirled before her eyes as she stared and stared. Like a Dali painting, shapes began to emerge when she softened her gaze but didn’t actually close her eyes. Voluptuous nude female figures recumbent, standing erect, doubled over, flirting, making love with each other. When she’d found the last hidden figure for the day, only then would she drag herself out of bed and throw herself into the shower in order to eat up some of the interminable time that suffocated her days. Sure, she could have done something useful like paint the walls a different color – a bright coral would have been nice – but that would have taken energy she just couldn’t spare.
END_OF_DOCUMENT_TOKEN_TO_BE_REPLACED

“Of course, you are, baby,” Mahlea said with a smile as she held back her tears.  She shook her thick black hair to hide her face as she patted the girl’s translucent hand; Mahlea had always been a terrible liar.  “You’re going to be just fine.” END_OF_DOCUMENT_TOKEN_TO_BE_REPLACED

Hey, ‘sup, bitchez?  My name is Minna Hong, and this is my fiction blog.  It’s an emerging, living entity, so it’ll change, grow, and occasionally spit up along the way.  Just FYI, I swear.  A lot.  So if that’s problematic, you may want to skip this blog entirely.

It’s kind of strange.  For years, this has been the home of my personal blog, which has now been moved to theminna.com.  I ranted and I railed about whatever popped in my mind.  Then, I closed the curtains on my blog and moved on to other adventures.  My fiction site was one reason I closed down my blog, and now, roughly a year later*, I am ready to make magic happen.

Since it’s November, that means NaNoWriMo.  I’ve already met the goal – 56,142 and counting – which isn’t surprising for me.  If you’ve ever read anything I’ve written, you know I have no trouble spewing a bunch of words at a time.  In the past couple years, I’ve set my own goals for NaNoWriMo, and this year, I have three.  One is to get this website up and running – as defined by me.  The second is to write a mystery novel, and I’m about a third down with that.
END_OF_DOCUMENT_TOKEN_TO_BE_REPLACED