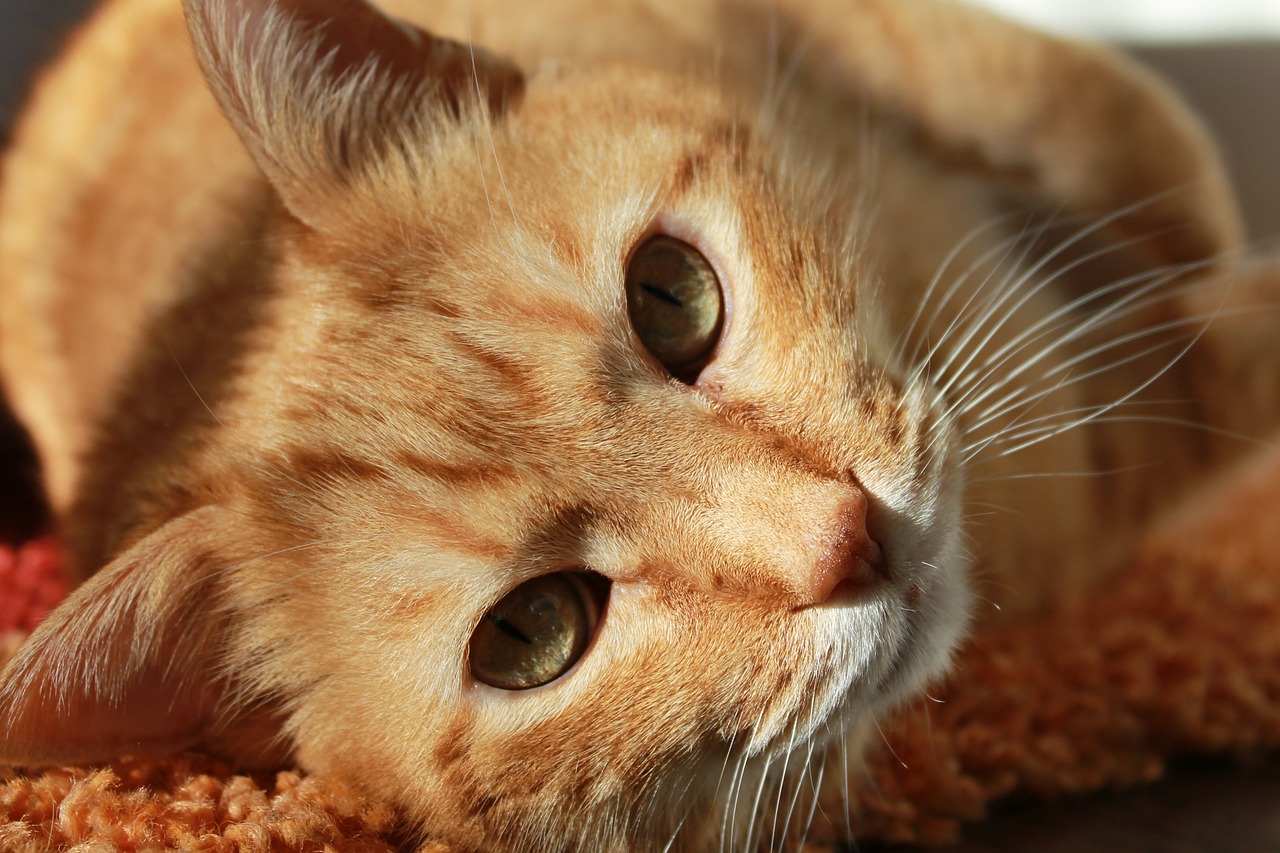 I take a long, luxurious shower then stand in front of my closet to decide what to wear. I have plenty of time before my date, but I want to make sure I look tip-top. I haven’t dated in five years, and I’m nervous. I pull out one outfit after another, rejecting each of them for flaws only I can see. One dress is too short, but the next is too long. One blouse is too frilly, and the next is too plain. I finally settle on a pair of crimson velour pants that flare at the hems and ride low under my belly paired with an emerald green silk blouse that shows an appreciable amount of cleavage. I put large gold hoops in my ears and declare myself done. I shake my hair out so it falls gently to my waist. I am conscious of the thirty extra pounds padding my body, but I clean up nicely if I say so myself. I still have an hour and a half before I have to leave, so I go downstairs to brew myself a hot cup of Earl Grey. The cats are right at my heels, assuming they’re going to get more treats. They are sadly mistaken, but I’ll give them a few each before I head out to Victory 44. I’m meeting Rembrandt at the restaurant because it’s my policy not to relinquish driving control on a first date. If things go badly, I want to be able to leave at any time. Hopefully, it won’t come to that, but I’ve been in dicey situations before, and I don’t intend to ever be in a similar one again. I watch episodes of Iron Chef America until I have to leave. I stop at Walgreens to pick up some condoms on my way to the restaurant—I like to be prepared.

“Megan. You look fantastic.” Rembrandt can’t take his eyes off of me as I approach the table. Once again, I’m struck by his David Bowie eyes, which are filled with lust.

“You look terrific, too,” I reply, looking him up and down. He’s wearing black khakis and a dark brown button-down with the top two buttons unbuttoned. His hair is slicked back, but there’s a cowlick that refuses to be subdued.

“I’m famished,” I say as I sit down. I haven’t eaten since breakfast as I skipped lunch in anticipation of dinner. I glance at the menu, but I’m sticking with the Spicy Clams & Spaghetti. Rembrandt orders the Perfect Burger, so I resolve to steal a bite or ten.

“How are you feeling?” Rembrandt asks, concern shining in his eyes. “You must still be in shock over your friend’s death.”

“I am,” I say, my heart suddenly heavy. “I can’t believe she’s gone. I know it’s trite, but it’s true.” I shake off the gloom with effort. “I don’t want to talk about that right now. We’re on a date. Tell me about your day.”

“I had the craziest client in the afternoon!” With that, he’s off. He only stops when the server brings our dinners. The spaghetti is amazing, and Rembrandt’s burger is, indeed, perfect. We have the Banana & Peanut Butter for dessert, which is a great way to cap off dinner. I find out that Rembrandt enjoys Tarantino films, but no one’s perfect. I wax rhapsodic for my love of musicals, which he doesn’t care much for, I can tell by the look in his eyes. We both agree that superhero movies are overdone, but that doesn’t stop either of us from loving graphic novels. We spend a large chunk of the evening talking about our respective cats, and the time flies by. I feel a stirring in my pussy that I have a hard time ignoring. After dessert, we have a light-hearted squabble about who’s going to pay the bill. Rembrandt insists, saying I can pay the next time. I allow him the win this time, and we leave with our arms around each other.

“Nightcap?” He asks, lifting his eyebrow as we near my car.

“It’s in Loring Park. Follow me.” He watches as I get into my car before getting into his. I take a second to text Liz with Rembrandt’s deets, and she immediately responds with a thumbs up. Then, I follow Rembrandt to his house. We’re there before I know it. I’m nervous because it’s been many years since I’d had sex with a man. I’m not sure how good I’ll be around the equipment. I sigh and get out of the car, locking it behind me. I’m just going to assume it’s like riding a bike, and I’m going to have a good time doing it.

END_OF_DOCUMENT_TOKEN_TO_BE_REPLACED

“Mrrrrrreow!” Onyx weaves her way through my legs as I stand up, almost tripping me in the process.

“Onyx!” I scold her, but my heart isn’t in it. How can I be mad at her when all she wants to do is love me? She butts her head against my shin several times before I scoop her up in my arm. I grab the mug and the bowl with my other hand as best possible to take them into the kitchen. I set Onyx on the counter before washing the dishes. I go to the living room and flop on the couch. I should write my post on NE Minneapolis eateries, but I’m suddenly tired. Sleep is spotty for me. Sometimes, I get seven solid hours a night, and other times, I wake up every other hour and give up after four. Last night was one of the latter, in part because I was waiting for Julianna to text me—which she finally did at five in the morning. She didn’t give me many details because she’s not the type to kiss and tell, but she did let slip that she had a date with Ramona tomorrow, now today. Julianna is a slam poet with plenty of family money to back her up, so she doesn’t have to work a nine-to-five like us plebes. To be totally fair, I don’t really have to work, either, but I like having a schedule that gets me out of the house five days a week.

I drift off on the couch, my dreams filled with malevolent fairies. For some reason, they want to bite all my flesh off, which is agonizingly painful, believe you me. I wake up in a cold sweat, my heart racing. Jet growls in protest from his seat on my lap as I jostle him out of his nap. Onyx doesn’t move from her spot mashed into my right thigh, so I poke her to make sure she’s breathing. She remains inert, so I poke her again. This time, she hisses sleepily before coiling tightly into a ball. I lift Jet from my lap and set him next to Onyx. He wraps himself around her and falls asleep again. I ease myself away from her and tiptoe into the bathroom. I feel grimy, so I take a shower, leaving the bathroom door open. By the time I’m done, both cats are sitting on the counter, staring at me in concern. It cracks me up that this is their reaction to me taking a shower. I can only imagine that they’re thinking, “Why does she take off her fur and allow water to splash all over her?” I could swear they’re shaking their heads minutely as I towel off, which cracks me up. I stick my tongue out at them before pulling on a fresh pair of gray sweats and a red Obama t-shirt. I turn the faucet on a crack so Onyx can lap at the water. Jet turns his attention to her and is now looking at her as if she’s crazy. He cannot stand water touching his fur at all, so it fascinates him that Onyx will stick her  paw in the stream and lick the drops off it.

“Treats?” I quirk my eyebrows at my cats, and they hop off the counter with alacrity. It’s one of the words that they know, and it’s guaranteed to spur them into action. They race towards the kitchen, and I follow at a more sedate pace, wrapping a scrunchie around my hair. I open the fridge and pull out some salmon. I give them each a healthy chunk, and they gobble them down. I toast a bagel, smear some cream cheese on it, then add some salmon on top of it. It’s a decadent treat that I don’t eat very often, but I enjoy every bite when I do.

I hear a ping on my Nexus 5X, and it’s an email from Rembrandt. He says he’s thinking of me and hoping I’m doing OK. I reply that I am and ask how he’s doing. I enable my chat on Google so we can message, and I spend the next hour finding out more information about him. He’s the oldest of three boys, whereas I am the middle sister, also of three. My older sister, Jasmine, lives in Minnesota as well, whereas my younger sister, Vivian, fled the state the minute she turned eighteen to attend art school in Boston and never came back. Rembrandt’s thirty-two, which is thirteen years my junior. That makes me a little uneasy, but the fact that he knows his Toni Morrison from his Maxine Hong Kingston assuages my doubts a little. He’s a huge Vikings fan, which is fine with me. I can watch a ball game and comment on it knowledgably, even if it’s not something I’d choose to watch myself. I’m always happy for Minnesotan fans when the home teams do well, but I’m not devastated when they lose. I remember the season in which the Vikes went 15-1. They made it the NFC championship against Atlanta and was widely expected to take it easily. They lost in the last seconds, which was especially heartbreaking for local fans. At the beginning of the next season, the news interviewed a guy dressed in Vikings gear, who talked about how crushed he still felt about the loss. I wanted to shout at him to get a life, but who am I to judge someone else’s emotions? I’m still mourning the death of Alan Rickman, and I never even knew him in real life. I’m sure there are plenty of people who would scorn my grief and say it isn’t real. I don’t pretend to think what I feel for the loss of Alan is anything close to how his loved ones must feel, but it doesn’t mean that it doesn’t hurt.