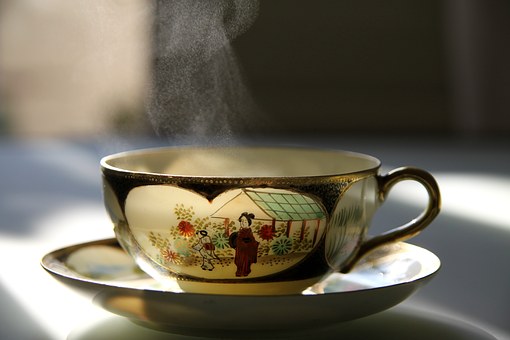 “Mrrrrrreow!” Onyx weaves her way through my legs as I stand up, almost tripping me in the process.

“Onyx!” I scold her, but my heart isn’t in it. How can I be mad at her when all she wants to do is love me? She butts her head against my shin several times before I scoop her up in my arm. I grab the mug and the bowl with my other hand as best possible to take them into the kitchen. I set Onyx on the counter before washing the dishes. I go to the living room and flop on the couch. I should write my post on NE Minneapolis eateries, but I’m suddenly tired. Sleep is spotty for me. Sometimes, I get seven solid hours a night, and other times, I wake up every other hour and give up after four. Last night was one of the latter, in part because I was waiting for Julianna to text me—which she finally did at five in the morning. She didn’t give me many details because she’s not the type to kiss and tell, but she did let slip that she had a date with Ramona tomorrow, now today. Julianna is a slam poet with plenty of family money to back her up, so she doesn’t have to work a nine-to-five like us plebes. To be totally fair, I don’t really have to work, either, but I like having a schedule that gets me out of the house five days a week.

I drift off on the couch, my dreams filled with malevolent fairies. For some reason, they want to bite all my flesh off, which is agonizingly painful, believe you me. I wake up in a cold sweat, my heart racing. Jet growls in protest from his seat on my lap as I jostle him out of his nap. Onyx doesn’t move from her spot mashed into my right thigh, so I poke her to make sure she’s breathing. She remains inert, so I poke her again. This time, she hisses sleepily before coiling tightly into a ball. I lift Jet from my lap and set him next to Onyx. He wraps himself around her and falls asleep again. I ease myself away from her and tiptoe into the bathroom. I feel grimy, so I take a shower, leaving the bathroom door open. By the time I’m done, both cats are sitting on the counter, staring at me in concern. It cracks me up that this is their reaction to me taking a shower. I can only imagine that they’re thinking, “Why does she take off her fur and allow water to splash all over her?” I could swear they’re shaking their heads minutely as I towel off, which cracks me up. I stick my tongue out at them before pulling on a fresh pair of gray sweats and a red Obama t-shirt. I turn the faucet on a crack so Onyx can lap at the water. Jet turns his attention to her and is now looking at her as if she’s crazy. He cannot stand water touching his fur at all, so it fascinates him that Onyx will stick her  paw in the stream and lick the drops off it.

“Treats?” I quirk my eyebrows at my cats, and they hop off the counter with alacrity. It’s one of the words that they know, and it’s guaranteed to spur them into action. They race towards the kitchen, and I follow at a more sedate pace, wrapping a scrunchie around my hair. I open the fridge and pull out some salmon. I give them each a healthy chunk, and they gobble them down. I toast a bagel, smear some cream cheese on it, then add some salmon on top of it. It’s a decadent treat that I don’t eat very often, but I enjoy every bite when I do.

I hear a ping on my Nexus 5X, and it’s an email from Rembrandt. He says he’s thinking of me and hoping I’m doing OK. I reply that I am and ask how he’s doing. I enable my chat on Google so we can message, and I spend the next hour finding out more information about him. He’s the oldest of three boys, whereas I am the middle sister, also of three. My older sister, Jasmine, lives in Minnesota as well, whereas my younger sister, Vivian, fled the state the minute she turned eighteen to attend art school in Boston and never came back. Rembrandt’s thirty-two, which is thirteen years my junior. That makes me a little uneasy, but the fact that he knows his Toni Morrison from his Maxine Hong Kingston assuages my doubts a little. He’s a huge Vikings fan, which is fine with me. I can watch a ball game and comment on it knowledgably, even if it’s not something I’d choose to watch myself. I’m always happy for Minnesotan fans when the home teams do well, but I’m not devastated when they lose. I remember the season in which the Vikes went 15-1. They made it the NFC championship against Atlanta and was widely expected to take it easily. They lost in the last seconds, which was especially heartbreaking for local fans. At the beginning of the next season, the news interviewed a guy dressed in Vikings gear, who talked about how crushed he still felt about the loss. I wanted to shout at him to get a life, but who am I to judge someone else’s emotions? I’m still mourning the death of Alan Rickman, and I never even knew him in real life. I’m sure there are plenty of people who would scorn my grief and say it isn’t real. I don’t pretend to think what I feel for the loss of Alan is anything close to how his loved ones must feel, but it doesn’t mean that it doesn’t hurt.